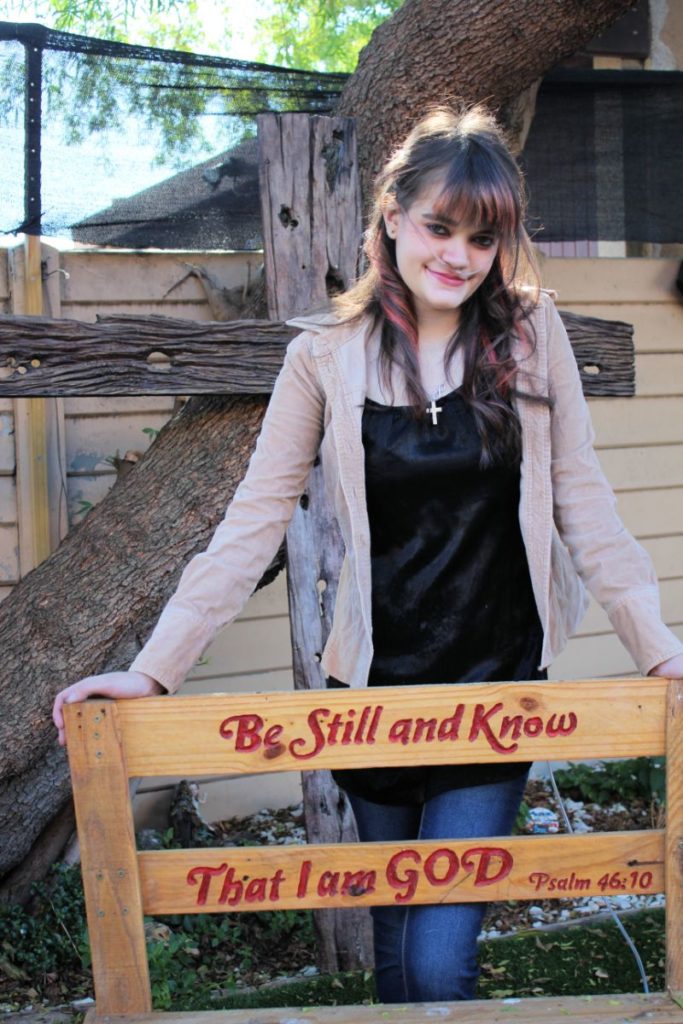 Tiana Leigh was born 20th July 2006. At birth she already had a breathing problem and transferred to a Johannesburg hospital at age 3 weeks, where an emergency open lung biopsy was performed. She was diagnosed with a rare and life threatening disease – and given only a few weeks to live.

Tiana was also diagnosed with severe epilepsy and would have up to 5 grandmul seizures a day.
Tiana remained in ICU for the first 4 months of her life and we flew home with Tiana on full life support at 4 months of age thanks to many sponsors helping with medical equipment and financial support.

Tiana was permanently connected to oxygen and a cpap machine that blew constant air into her lungs allowing her lungs to remain expanded at all times. Slowly with the help of our paediatrician, we weaned Tiana off the cpap and onto nasal cannulas, only to use cpap at night time. She remained on permanent oxygen 24/7. At age 18months Tiana was diagnosed with cancer – Wilms tumour.

We returned to South Africa with the generous help of Mac Steel who chartered a plane to fly us out and her left kidney was removed followed by months of chemotherapy.

Every year since then Tiana has been hospitalised with infections and viruses in her lungs and given anything from a few hours to a few days to live.

In 2012, age 6 the first double lung lavage via ecmo was performed on Tiana which was a huge success. Thus she came off the cpap for two years and coped with 3lt oxygen per minute compared to the 8lt.

March 2014 Tiana was diagnosed with pulmonary hypertension another incurable disease. Four weeks later another double lung lavage was performed via ecmo, but this time Tiana took much longer to recover and spent 2 weeks in CTICU on the ventilator and fully sedated. They also found when doctors tried to extubate her that her airways had narrowed and was taken back to theatre to have laser surgery done to reopen her airways.

Tiana came home on 25 March 2014, but this time on 8lt oxygen and back on cpap at night. She struggled to wean back onto nasal cannula as well as cope on a normal oxygen rate of 3lt/min. Thus remaining on a high oxygen flow.

On the 20th July 2014 Tiana turned 8 years old and had a fantastic princess birthday. On the 21st July she went for her routine check up, only to have the heartbreaking news that they had no hope for a future and suggested we prepare ourselves and go for counselling etc – but we fought back with Faith and prayers of so many around the world.

November 2015 found us relocating to Cape Town and to new professionals. This time round we are extremely blessed by having doctors and surgeons making Tiana a priority and she feels important – she has even lost her fears of hospitals due to traumatic experiences at the previous hospital.

February 16th 2016 Tiana underwent another double lung lavage via ecmo. This time round they could not do both lungs simultaneously. The first lavage on her one lung took 12 hours and the following day the remaining lung 8 hours.

Tiana’s DNA was sent to America to the same professor who received her DNA at the age of 3 weeks in order for more research to be done. Due to unforeseen complications they were not able to come to a final conclusion on the first set of DNA. Now with two sets of DNA, and our permission they were able to do the extensive testing needed.

Results came back only to inform us that all these years Tiana had been misdiagnosed and actually suffers from a disease called ABCA3 which is also a rare and life threatening disease of the lungs. New medication was started immediately seeing Tiana in hospital every month for almost 8 months. There has been an improvement in lung function but her oxygen dependency remains extremely high and she cannot go without oxygen for more than a minute. Damages to the lungs due to non treatment over the years are irreversible but at least we now know what we are fighting and her new doctors are fantastic and very supportive.

Tiana pulled through though the results were not was expected and she still remains on 8lts/minute oxygen. Tiana was placed back onto a cpap machine to allow her breathing to be easier at night and give her more rest as well as try to reduce the carbon dioxide in her blood. She does tire easily and often has pain, but yet she will never complain.

She continues to be on her heart medication as well as other drugs for her lungs. Doctors are now looking at a double lung transplant for the future if and when the time comes. For now the doctors are happy at how Tiana is progressing and as long as she stays healthy we are on the right road.

Although Tiana has been through so much and continues to fight for her life, she does not allow it to get her down. In the last three years she has done the V8 Masters in a Mustang at Killarney Race Track (and not holding back on the speed either), she sings where and when possible, and has decided to become a biker (riding pillion and her oxygen on the back of the biker).

Tiana has also become the ambassador for William Roberts Hair Studio and proudly so.

She continues to raise awareness for animal shelters and those in need. Tiana has become the voice and fave of Tiana-Leigh Lung Foundation, creating awareness and raising much needed funds for children like her suffering from rare and life-threatening diseases.

The medical costs for Tiana are extremely high, and even though she is on medical aid, only some of the extensive costs are covered.

Menu
Scroll back to top